The Government of Gilgit Baltistan is determined to foil all conspiracies against CPEC, says Hafiz Hafeezur Rehman, Chief Minister of GB.

The Government of GB is determined to foil all conspiracies against the China-Pakistan Economic Corridor. The need of the hour is to promote peace and harmony in society so that we can get benefit of this opportunity. I am glad that all political parties in GB are supporting CPEC in all aspects. Hafiz Hafeezur Rehman, Chief Minister Gilgat Baltistan.

Addressing to the workshop participants, Chief Minister of GB, Hafiz Hafeezur Rehman said that his government is determined to foil all conspiracies against the China-Pakistan Economic Corridor which would prove to be a game-changer for the entire region. He said that all political parties of the province are supporting the efforts of the government because the people of this area are aware of the benefits of this project. He also added that with the cooperation of Federal Government and Pakistan security agencies, law and order situation in GB has improved.

The Chief Minister said that sectarianism and extremism should be eradicated from society. He also said that it is a necessary that people should be educated about the true teachings of  the Holy Quran and the Sunnah (SW) which are  the best sources of eliminating differences. He urged upon the universities to work towards creating an atmosphere of harmony and suggested that more such workshops on the topic should be organized, where religious scholars from across the country should be invited to share their views and thoughts. He also appreciated the efforts of IRD and the Karakoram International University, Gilgit-Baltistan for arranging this important workshop.

Pak-China Economic Corridor has multiple routes which will proved game changers for all of Pakistan; the need of the hour is restoration of peace in the country and Army is committed to implement Natioanl Action Plan in its true spirit, said Major General Syed Asim Munir, Commandant Pakistan Forces, Gilgit Baltistan.

Pak-China Economic Corridor has multiple routes which will prove a game changer for all regions of Pakistan; the need of the hour is restoration of peace in the country.

Major General Syed Asim Munir Commander of Pakistan Forces in GB delivered his talk on “China Pakistan Economic Corridor” (CPEC). He said that initially Pakistan had prepared a plan to construct three corridors, the western, central and the eastern alignments. The eastern alignment has been picked-up for development in the first phase. The southern corridor begins from Guangzhou, which is the third largest city of China in South Central China. This route moves towards western parts of China and connects Kashgar with Pakistan at Kunjarab – a point from where China wants to link to Gawadar port. It is the shortest and the most feasible option for China. The eastern alignment will pass through Thakot-Mansehra-Islamabad-Lahore and Multan. From Multan, the route will be linked to Hyderabad through Rohri and Dadu. The Hyderabad-Karachi portion will be linked through M-9. Karachi will then be linked to Gawadar through N-10 East Bay Express Way along the coastal line. He told that the second Chinese option is the Central Corridor that starts from Shanghai and links the country to Tashkent, Tehran and onward to Bandar Imam Khomeini Port of Iran on the Persian Gulf. One of its branches goes up towards Europe.

He said that for the successful completion of  CPEC it is important that there should be peace in the country. He added that  Pakistan Army has been playing a vital role in restoring peace and harmony in this region. Pakistan has paid a huge price for restoration of peace and harmony and now our beloved country is in safe hands. He told that Pakistan Army has been doing its level best to implement National Action Plan (NAP) to combat terrorism and extremism. Books and other hate material have been confiscated and many shops have been sealed in the area. He said that nobody is allowed to express hatred towards someone based on ethnicity, religion, sect, nationality, race or color. He also appreciated the efforts of IRD and the Karakorum University for arranging this workshop.

There is a need to revive the role of Universities as social institutions  which unfortunately has been negelected during this era of neo-liberal economy, said Dr. Husnul Amin, Executive Director, IRD.

The role of Universities and academia in society as a whole and in promotion of peace and harmony is very important. we are witnessing a great surge in female enrollment at Universtiy level which is very encouraging and positive sign for Pakistan. Dr Husnulamin, Executive Director IRD.

Talking about the role of academia and universities Dr Amin said that we are witnessing huge rise in female enrollment in higher education which is a very encouraging and positive sign.  He stated that there are more than 180 universities in the country and there is tremendous increase in female enrollment. He suggested that  there is a need to introduce reforms in the universities for social reconstruction. In this connection he particularly stressed upon the teachers to come forward and play a leadership role to resolve the issues of society and make it as public discourse.In his welcome address Dr Husnulamin thanked the Vice Chancellor for accepting the request to arrange a 2-day national workshop at  KIU Campus. He also thanked Dr. Ansar-ud-Din Madni, Chairperson, Faculty of Social Sciences and Humanities, KIU for his continuous help and facilitation in holding such kind of event in the far-flung remote area. He expressed his special gratitude to Chief Minister, Gilgit-Baltistan Hafiz Hafeezur Rehman and Major General Syed Asim Munir, Commandant Pakistan Forces, GB for gracing the occasion with their presence.

He also briefed the audience about IRD. He said that   Iqbal International Institute for Research & Dialogue (IRD) was established as a global centre of excellence in Islamic Studies, to encourage interdisciplinary approaches to the study of contemporary Islamic thought, with particular emphasis on areas such as human rights, law, pluralism, tolerance, democracy, Islam and the West, inter-faith dialogue ;and relations, and Islamic responses to religious extremism and violence.  .

The route to a peaceful and prosperous Pakistan is through promotion of dialogue and mutual interaction,we are peaceful nation and our region(GB) is known for its hospitiality, we have to restore this image though a culture of dialogue, said Prof. Dr. M. Asif Khan (Tamgha-e-Imtiaz), Vice Chancellor, Karakoram International University, Gilgit-Baltistan

In his address Prof. Dr. M. Asif Khan  thanked and welcomed Prof. Miraj-ul-Islam Zia and Prof. Dr. Muhammad Khalid Masud at KIU Campus and IRD delegates. . he said that the topic of the workshop is the need of hour and we have to find the solution for the issue of sectarianism.  the issue. He said that we have been suffering from this menace of extremism from the last one and half decade.. He also shared that the solution to such differences can only be solved through dialogue and meaningful interactions. He pointed out that the KIU is the only university in this area, and we have been promoting the culture of dialogue with all religious sects and contributing to restore peace and tranquility in the city. He urged the students to take benefit of this golden opportunity and develop academic relationship with these scholars to learn and share from their knowledge and experiences.

There is a need to promote culture of peace and meaningful dialogues and it is important that students should keep two eternal values  in mind: Truthfulness and honesty. Professor Dr Ammar Khan Nasir, GIFT University, Gujranwala

Addressing to the workshop participants Prfessor Ammar Khan Nasir talked about the fundamental issues of intolerance in the society. He stated that Allah (SWT) does not like hate and immorality. We have to clean our  hearts and minds from hate. The objective of this workshop is also to promote religious harmony and inter-faith dialogue in the society. He added that we have to develop the culture of moderate and non-sectarian approaches in the country. He emphasized the students to undertake two basic things i.e. truthfulness and honesty. Both things we can find from the Prophet’s life, in order to achieve success in our lives. He also stressed that dialogue is the best  tool to resolve the disputes when applied in a positive manner and accepting the opinions of  others..

In this time of crisis it is important that the students of different disciplines(natural as well social sciences) should come forward to promote culture of peace and to combat all forms of extremism in society, said Dr. M. Khalid Masud, former Chairman, Council of Islamic Ideology, Government of Pakistan.

In this time of crisis the students of different disciplines(natural as well social sciences) should come forward to promote culture of peace and to combat all forms of extremism in society. Dr Khalid Masud Sholar and former Chairman of Islamic Ideology Council of Pakistan.

Eminent scholars, intellectuals, religious scholars and teachers urge students and youth to avoid propaganda and instead engage in meaningful dialogue for promotion of peace and harmony in the society. Various scholars and intellectuals present at the workshop also expressed their views on the topic of peace and harmony in society. These scholars included following dignataries from various fields;Dr Kahild Masud thanked Dr. Husnul Amin, Executive Director, IRD for providing an opportunity to interact with the students of KIU. He said that wars are happening and and human beings are using  destructive  arms against each other. The system of Allah (SWT) is to unite the people. He said that the universities are actually  think tanks, where students interact with others through a process of research and dialogue. He also urged on the students of natural sciences, political sciences and social sciences that they should come forward and to play their role against extremism in the society. He termed ‘dialogue’ is the best tool of communication, the dialogue may also be communicated between Allah (SWT) and His angels. 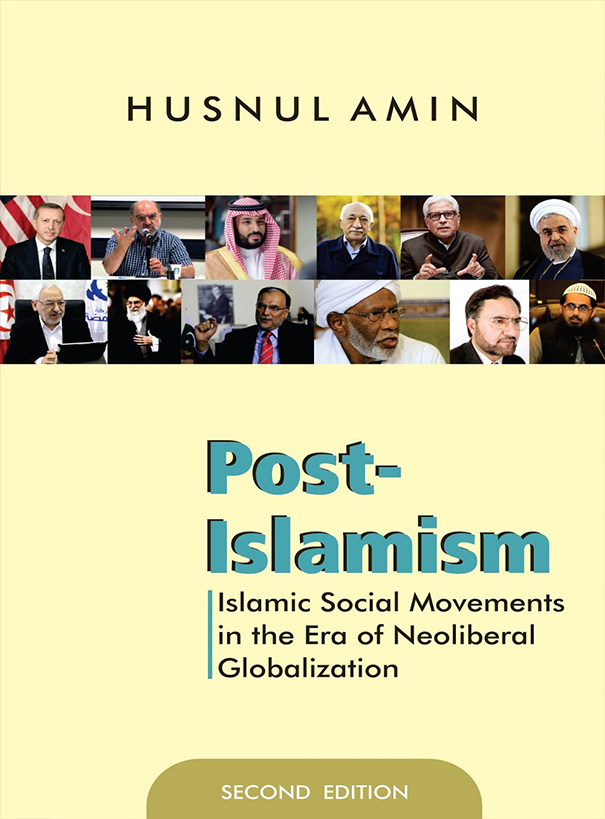